The website of contemporary portrait and figuartive Artist; Oliver Winconek 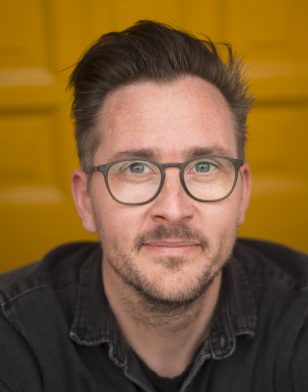 Oliver was born in Bedford in 1982, he currently lives in Cambridgeshire where he works as a full time portrait and figurative Artist from his home studio. His preferred medium is oils although he often works in watercolour, graphite and charcoal. “I love the fluidity of oils as well as their strong, robust textures. It’s easy to feel that you’re almost carving the portrait out of nothing when you’re applying paint to the canvas” Oliver is fascinated by people and the human form and has dedicated a large part of his practise to painting portrait commissions as well as working with interesting members of society, actors and musicians.

He is a huge fan of the works of Lucien Freud, Jenny Saville and David Hockney although he seeks the majority of his inspiration from the music he constantly listens to when he paints; “For me, silence is the enemy of a creative mind. I need music to charge me up and give me energy. Without it I am too self-conscious and considered when painting”.

Oliver was featured on the TV show Sky Arts portrait Artist of the year 2017 where he painted the actor Trevor Eve from life. During his career, Olivers work has been exhibited at various locations around the world including The Royal College of Art and the prestigious Saatchi Gallery.
Notable portrait commissions have included Sir Ranulph Fiennes OBE, Jamie Staff MBE, Joe McFadden and Laurie Kynaston.
His work is held in numerous private and national collections.

Print | Sitemap
© Oliver Winconek 2022 - No element of this site, the artwork or text contained within may be reproduced without express permission from the Artist.
Login